Thousands of tourists to Iceland have done the Golden Circle tour. On paper, it is a decent day trip, especially for those who want a taste of Iceland in a short layover to see some pretty amazing places. And it costs about $100 per person which isn’t a bad price for Iceland. But this efficient machinery of tourism inevitably leads to a point where instead of admiring Iceland’s vast and stark spaces, you’ll be with throngs of tourists jostling to get the photos of the same 3 attractions everyone is visiting (Thingvellir, Geysir, Gulfoss). We missed the dramatic landscapes of the South Coast (which is more expensive but rates better for us) but did end our day on a high at the Secret Lagoon hot springs pool.

But first, let me eat some brekkie

Sorry for the now outdated reference but we need to preface our tour with the breakfast we ate. Our Bonus Supermarket reserves from Day 1 were still strong after 2 days and we had a delicious Icelandic breakfast of unbelievably smooth & oily Herb Smoked salmon on Rye Bread with the ubiquitious Skyr. If there is 1 thing you must try while in Iceland, it has to be Skyr. The store bought skyr.is (< 200 ISK) is available in so many flavours that we ate 4 and brought home 2 pots without repeating 🙂 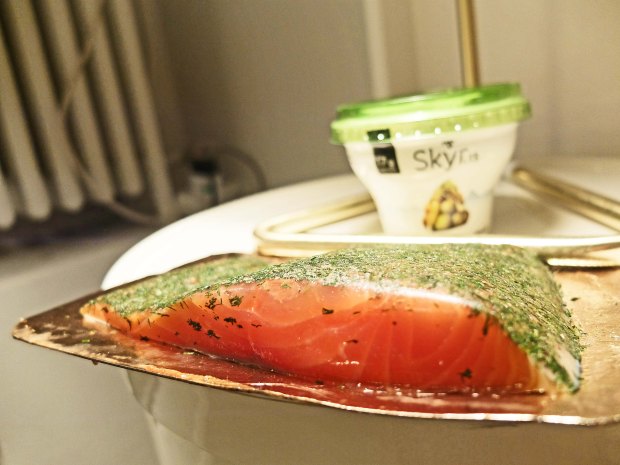 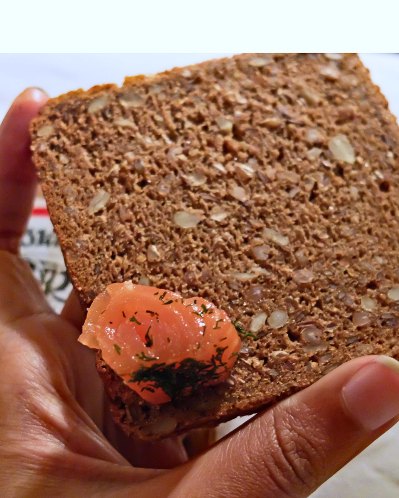 A rosette of smoked salmon on rye bread

We also had to wait 25 minutes for pickup from a pretty Downtown hotel. Having nothing much to do, we captured a couple more snapshots of Reykjavik. 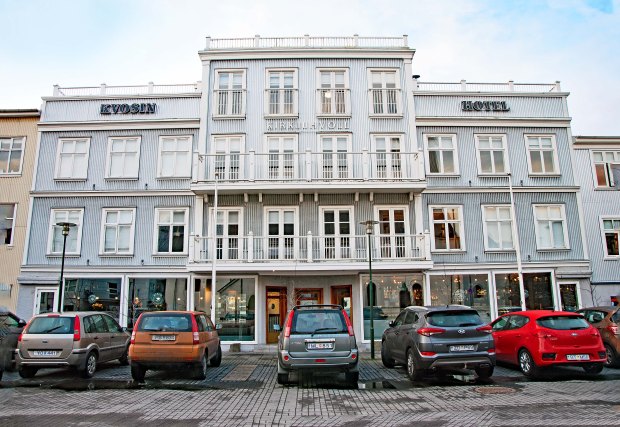 We’ll be honest, Thingvellir’s description on the tour is pretty vague and almost uninteresting. It turned out to be the best geography lesson of all time. You can see the North American plate end and the European plate rise with a rift valley in between, how cool is that? We wished we could have been transported here to physically see the cool manifestation of boring geography lessons. The 2 small waterfalls are worth seeing in the short time there.

This is the end of the North American earth plate in Iceland. The Thingvellir National Park is also the spot where the European plate is visible & there is a rift valley between the two!! 🌎😃 #earth #iceland #nature #travel #wanderlust #awesome #road #europe #photography

Another rift valley pan out ❤

Our next stop was seeing the highly anticipated natural show of erupting geysers. Strokkur is the famous geyser that erupts every 5-12 minutes. But the whole area with all the billowing steam is so fascinating to see. We also touched some of the flowing water on the main trail to see how warm it is (not too warm). It is a beautiful place to visit!!

The Strokkur erupts as onlookers snap away with their #camera 📷 This is 1 of the top attractions of Iceland's Golden Circle, the topic of our newest #blogpost #travel #iceland #europe #geysir #photography #nature #earth 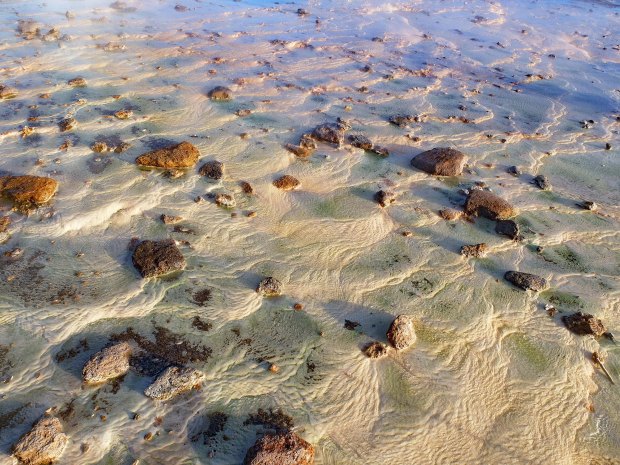 Visiting Iceland for the 1st time is like visiting another planet. Here is a shot of billowing steam at Geysir, Iceland. We also loved the mountain backdrop! #iceland #geysir #goldencircle #europe #eurotrip #travel #nature #photography

Tip: You have to be patient (and lucky) to catch a good, high shot of Strokkur. We’re quite happy with our shots but if you’re in a tour, you’ll get 3 chances to get a good blast.

Tip: The food in the food court is normal Icelandic expensive. Come prepared with a Bonus lunch if you want to save money. That being said, the Icelandic soup was good.

The Golden Waterfall was the final attraction on the tour. While we’re sure that the waterfall looks gorgeous in the summer where you can go close to the falls or when frozen, the day we saw it didn’t wow us. Its not bad but compared to the other things we saw, it felt a bit underwhelming.

The dramatic falls of the Gulfoss, part of the Golden Circle in Iceland. As with most Icelandic places, charming in both #winter and summer. #gulfoss #Iceland #travel #wanderlust #photography #waterfall #nature #earth #goldencircle

A dip in the Secret Lagoon

We sure needed a good, long bath as our AirBnb did not have a shower. Plus as we were not planning to visit the Blue Lagoon, we paid slightly more to add Secret Lagoon to our day trip. It was totally worth it, the water temperature was feeling hot initially but once we got used to it, it was awesome! There were a fair amount of people in the pool but we believe much lesser than the Blue Lagoon. We also took a short walk around the pool to find the source of the water, a thermal river which looked beautiful! We recommend adding this to your Golden Circle tour.

Secret Lagoon pool that we took a dip in

Another sweet end to the day

We came back to Reykjavik and had to get some more icecream. We tried Eldur & Is which had more typical flavours of icecream compared to our personal favourite Valdis. But its a pretty decent icecream. 🙂 We also peeked out of the flat a couple of times between 9 – 10 PM as the city had shut down the streetlights as the end of the Winter Lights festival. It was brilliant to see dark skies over the city but no Northern Lights for us. 😦

This year also led us to two new Nordic destinations. Denmark's most visually arresting outpost Nyhavn is a must-visit but it's museums are also worth your time, especially with a Copenhagen card in hand.
Take only memories 📷, leave only footprints 👣 @visitbarbados
We rarely go to tropical parts of the world where it's 30C+ but this is the result when we do! 3 years after our trip to Philippines, where we took this shot, we are off to another sunny island ☀️ #islandhopping #tropical #elnido #travelblogger #vitaminsea #philippines
We capped our recent trip to the state of Meghalaya 🇮🇳 by seeing this 'Living Root Bridge' - a local form of tree shaping that form sturdy natural bridges over a few centuries. Isn't nature wonderful? 🌴
Summer vibes at Aegina's 6th century Temple of Apollo #visitgreece #greece #travelphotography
Advertisements
Loading Comments...
%d bloggers like this: